WE LOVE WHAT WE DO

Our passion is handmade guitars.

A guitar should be a beloved workhorse. As a former bass ist, I know that a guitar simply works, sounds good and has to meet the player’s requirements in its ergonomic design. When I build a guitar, I always try to hit the exact point of the exact balance.

Customers should ideally visit me in my workshop, so that I can get an idea of the specific technical and ergonomic requirements. A fancy guitar design can catch the eye, but ergonomics as a whole is far more important.

For example, a small corpus can greatly benefit from choosing a denser and therefore heavier wood, and perhaps a T-style guitar will suit a particular player better if it uses a shorter scale.

The beauty of building a guitar from scratch: anything is possible! 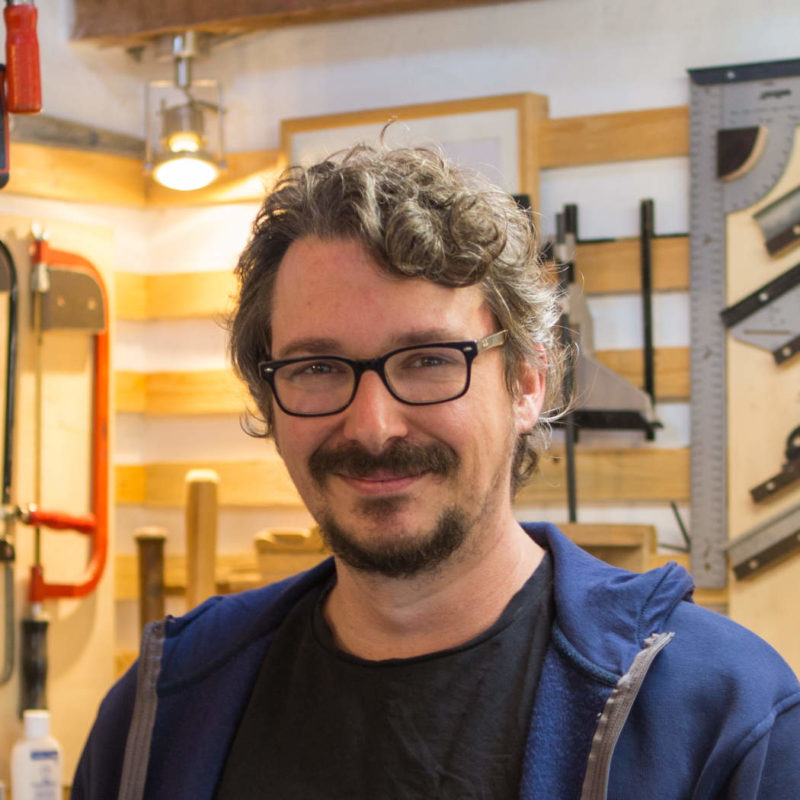 or many years I stumbled across the bass. I never intended to become a musician, but this thing immediately and almost forever took my breath away. Why should I have gone to university when I could instead do what I love, drink beer and make money on the side? -Not that I would have become good enough to make a “real” career, but to play in clubs, to live away from the mainstream…. hm, yes, it was fun.

Much later (much, MUCH later, after/while I had worked as a human resources consultant, IT nerd or even German teacher for refugees) I started to build a workshop for my father-in-law. And when I finished it didn’t take long and I fell in love with working with wood and spent a long time learning everything I could find about it. So… now I had a great workshop, I also had some skills in woodworking. There it was! -THE logical idea: Man, build a guitar! And after I built my number one, everything turned out to be self-defeating (translated: I was addicted and never looked back!)

It didn’t take long for all sorts of guitarists to come up to me and have their instruments serviced/repaired and I stumbled across Lena Albrecht, who runs this wonderful, perfect workshop in the beautiful city of Lübeck, where I give my seminars/workshops today.

A little later it became clear that I couldn’t do this alone and would need help. The first thing i thought of was my old friend Boris, who is not only an extremely talented craftsman, but also a fantastic guitarist, photographer and guy!

“Music is the universal language! And there is no need for translation of an instrument. Emotion, haptics, beauty. If humanity focused on this, we could abolish the news industry.”

As old hippies, we like to pass on the joy of holding a homemade instrument in our hands to our customers! If you have the time we strongly recommend you NOT to buy one of our instruments but to build your own. You’ll be surprised how good a homemade clap can be!